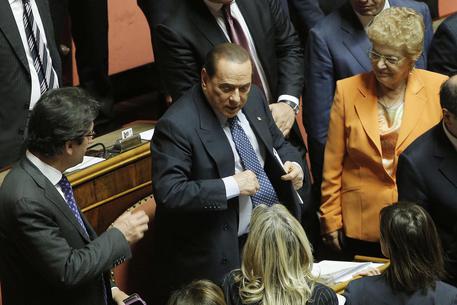 (ANSA) - ROME, JUN 30 - Silvio Berlusconi's Forza Italia (FI) party on Tuesday called for a parliamentary commission of inquiry after reports that the ex-premier was the victim of an injustice in relation to a tax-fraud conviction.
Berlusconi's was definitively convicted in a case of tax fraud at his media empire in 2013 and got a four-year term, although he did not have to go to jail and only had to serve a small part of the sentence by doing community work.
But the ruling hit the billionaire's reputation and prevented him from running for office for several years.
The case erupted after daily newspaper Il Riformista published a recording of a magistrate, Amedeo Franco, saying Berlusconi was "treated unjustly" as there was a "big plot" and he was condemned "from the off".
FI lawmakers started a social-media campaign with the hashtag #veritàperberlusconi - #truthforberlusconi.
Franco Coppi, one of Berlusconi's defence lawyers, said "I have always been surprised by that sentence.It was a decision that went against jurisprudence".
League leader Matteo Salvini expressed solidarity for Berlusconi.
Ex-premier Matteo Renzi, the leader of the centrist Italia Viva party, called for "clarity" to be shed on the case because "no one can afford to pretend nothing has happened".
Judge Antonio Esposito, the supreme court section head at the time of the ruling, said Tuesday that he had "never been subject to pressure, not from above nor any other direction". (ANSA).