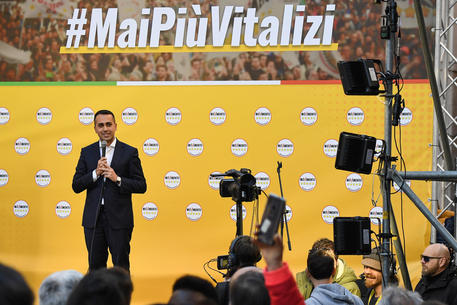 (ANSA) - ROME, JUN 26 - Foreign Minister and 5-Star Movement (M5S) heavyweight Luigi Di Maio expressed outrage on Friday after the Senate's disputes committee upheld an appeal against a 2018 decision to cut the vitalizi pensions of former lawmakers.
Reform of the vitalizi for being far more generous than ordinary State pensions has for years been a priority for the anti-establishment M5S.
"Using the Italian people's money to restore absurd privileges at such a delicate time for the country, with an economic crisis to face, is an act of absolute gravity," Di Maio said on his Facebook page.
Matteo Salvini, the leader of the opposition League party, was critical too.
"We in the League will oppose (vitalizi) everywhere and in every way," Salvini said.
"We erected the barricades in the Senate and we'll do it on the streets".
The former lawmakers who mounted the appeal said they were "willing to make sacrifices" as long as a recent Constitutional Court ruling regarding this issue is respected. (ANSA).