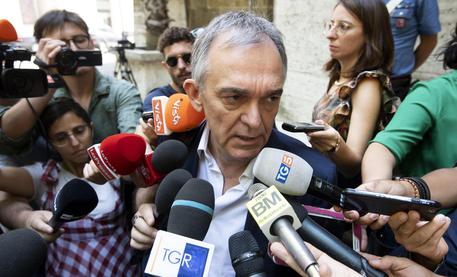 (ANSA) - Rome, June 17 - Tuscan Governor Enrico Rossi said Wednesday that accusations in a reported probe by Florence prosecutors in which he one of several people under investigation were "defamatory and ridiculous". Sources said that Rossi, a member of the centre-left Democratic Party (PD), is suspected of public tender rigging in a probe into a local public-transport contract.
The tender, worth four billion euros over 11 years, was won by Autolinee Toscane SPA, which is part of the French RATP group.
The sources said Rossi was probed in relation an interview he gave in November 2015 in which he allegedly spoke about Autolinee Toscane SPA winning the tender before the process had been completed. Six other people are also under investigation, the sources said.
"I'll wait for the right moment to sue the defamers," Rossi said via Facebook.
He said the same case stemmed from a complaint lodged by "a consortium of companies that lost the tender.
"They are not just accusing me, but the whole (tender) commission and the transport sector managers".