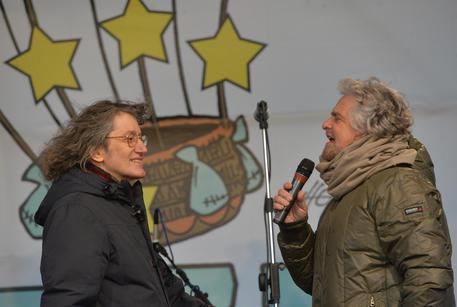 (ANSA) - Rome, June 15 - The 5-Star Movement (M5S) on Monday denied a report in Spanish daily ABC that it took funding from Venezuela in 2010.
Sources at the Venezuelan embassy in Rome also dismissed the report as "false and absurd" adding that the Venezuelan authorities would take legal action.
The sources said that the movement was "totally unknown in Venezuela" in 2010.
The M5S was founded in 2009.
According to the report, Venezuelan President Nicolás Maduro, who at the time was foreign minister under Hugo Chávez, sent 3.5 million euros to the late Gianroberto Casaleggio, who co-founded the M5S with comedian-cum-politician Beppe Grillo, via the country's consulate in Milan. The embassy sources said that was implausible because, at the time, the Venezuelan Consul to Milan had only just taken up the post.
M5S political leader Vito Crimi said the story was "ridiculous fake news" adding that "we'll consider taking legal action".
Casaleggio's son Davide said "I will not allow the name of my father to be covered in mud.
"He founded the M5S in a transparent way and never had public funding". The M5S Senators said the report was a "dirty political operation".
The report is set to cause further tension for the M5S after a clash at the weekend between Grillo, who has now taken a backseat, and M5S bigwig Alessandro Di Battista.
The M5S has performed badly in local and regional elections since winning over 32% of the vote in the 2018 general election after which it supported two coalition governments led by Premier Giuseppe Conte - the first an alliance with the rightwing Northern League and since last year the current coalition featuring the centre left Democratic Party (PD) and other smaller groups. The M5S's support has shrunk to well below 20%, according to opinion polls, and, in the light of this, on Sunday Di Battista proposed that the movement should hold a "constituent assembly".
Grillo dismissed that idea, saying it came from people with a sense of timing like a character from the film Groundhog Day.
The row has led to speculation that the M5S could split.