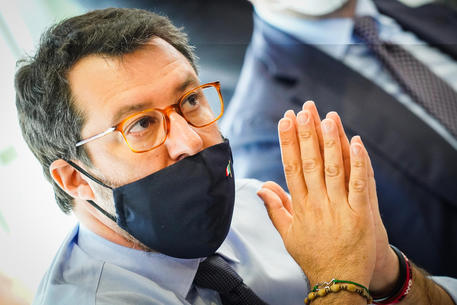 (ANSA) - Rome, June 8 - Opposition League party leader Matteo Salvini on Monday called for a general election in October saying that the government and the country were "deadlocked and blocked".
Salvini said the general election could be held on the same date as local and regional elections and a Constitutional referendum on cutting MPs.
The rightwing leader called on the anti-establishment 5-Star Movement (M5S) and its partner, the centre-left Democratic Party (PD) to do as he had done in mid-August and pull the plug on the M5S-PD government "like me who ended a (M5S-League) government experience when I realised that everything was blocked".
Salvini also said the government had not responded to the opposition's proposals on the COVID-19 emergency and complained that EU Recovery Fund money would "only arrive next year, and they won't agree on how to spend it".