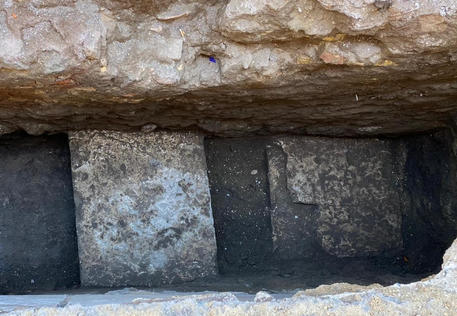 (ANSA) - Rome, May 5 - A sinkhole that opened up in front of the Pantheon in Rome last week has uncovered ancient Roman paving stones, sources said Tuesday.
The seven travertine blocks, which have been found about two and a half metres below today's cobblestones, were part of the original paving when the Pantheon was built by Emperor Augustus's friend Marcus Agrippa in 27-25 BC, Rome special superintendent Daniela Porro said.
"This is further evidence of Rome's inestimable archaeological riches," she said.
The paving was first discovered during the laying of service lines in the 1990s.