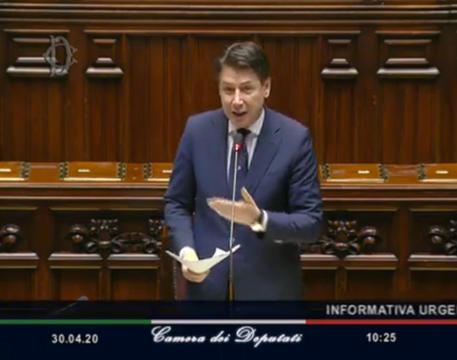 (ANSA) - Rome, April 30 - Moves by centre-right-led regions in opening up activities ahead of the government's lockdown easing schedule are "rash and illegitimate", Premier Giuseppe Conte told the House on Thursday.
Rightwing League-led northern regions like Lombardy and Veneto have said they will come out of lockdown quicker than the government programme that gradually eases confinement starting Monday, while the centre-right led Calabrian region has reopened bars and restaurants with seats outside.
"We can't allow the efforts made to become vain due to imprudence shown in this delicate phase," Conte said.
"Any erratic conduct, like moving from a policy of closing everything to reopening everything, would risk irreversibly compromising these efforts." The premier said the government "cannot assure in an immediate way a return to normality.
"But if there are fewer infections, there will be more reopenings in May." Conte announced 15 billion euros in aid for businesses in an upcoming decree and said the government would weigh "the possible reopening, on an experimental footing, of children's nurseries and infants schools, as well as summer camps".