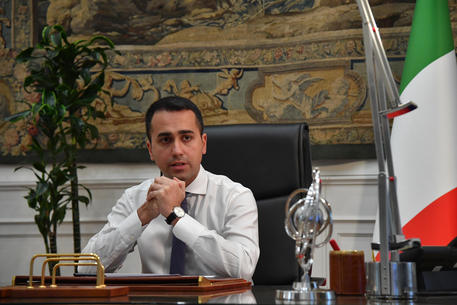 (ANSA) - Rome, April 21 - Some people are touting ex-ECB chief Mario Draghi as possible head of an unlikely national unity coronavirus government to unfairly attack Premier Giuseppe Conte, Foreign Minister Luigi Di Maio said Tuesday.
He stressed the importance of being "close to the captain who is about to score the penalty in the EU" by winning a battle on coronabonds.
Di Maio also said he had made a mistake to request the impeachment of President Sergio Mattarella for allegedly impeding the formation of a government, which was subsequently formed, between his 5-Star Movement (M5S) and the League, before the current second Conte-led administration.
He also said M5S heavyweight Alessandro Di Battista was "always misinterpreted and his opinion in precious" after recent apparent misunderstandings.