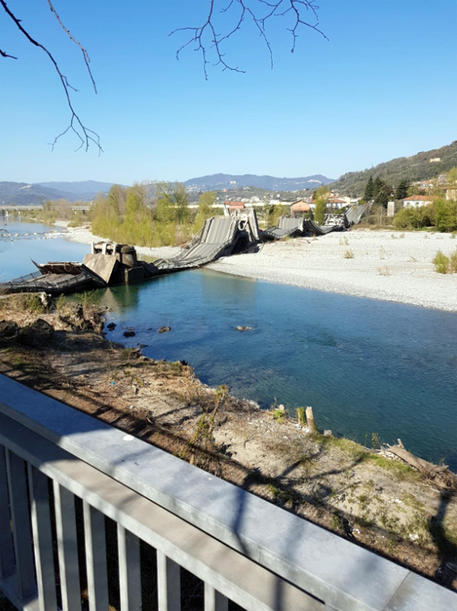 (ANSA) - Rome, April 8 - A bridge collapsed Wednesday on a provincial road near Massa Carrara in Tuscany.
A van was hit by falling masonry and the driver was taken to hospital with slight injuries.
Another van driver was reportedly unhurt but in shock.
A strong smell of gas was detected in the area.
At the moment of the collapse a loud bang was heard.
The bridge was placed under observation in November after a crack opened up in the asphalt.

"It could have been a tragedy if we had had the traffic of a normal day," said Tuscany Governor Enrico Rossi, adding that he would ask motorway maintenance company and bridge owner ANAS "to explain what happened".

ANAS said it had opened its own internal inquiry and that the possible cause of the collapse could not yet be suggested.
It said regular checks had not shown any problems with the structure.