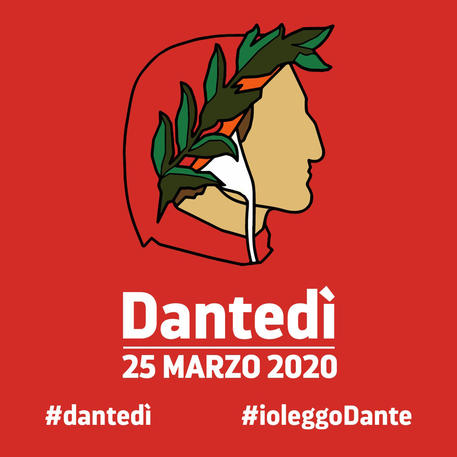 (ANSA) - Rome, March 25 - Italy on Wednesday marked the first national Dante Day, celebrating the 700th anniversary of the Divine Comedy poet's death a year early than when it falls in 2021.
Floence's Uffizi Gallery set up virtual tours of Dante protagonists and a show on the 'Sommo Poeta' (Supreme Poet), while actors including Stefano Accorsi, Gabriele Lavia and Glauco Mauri are set to read some of the Comedy's cantos on Florence TV tonight.
RAI State broadcaster has put on its streaming service the popular Dante readings by late scholar Vittorio Sermonti and fan Roberto Benigni, the Life Is Beautiful actor/director, while a 1965 film, The Life of Dante starring Giorgio Albertazzi, is also on stream.
Students are taking part in video lectures with their professors across Italy.
Culture Minister Dario Franceschini said "the first Dante Day can only be exclusively virtual" due to the coronavirus and said "Dante is the unity of Italy, Dante is the Italian language, the very idea of Italy".
The minister tweeted the famous last line of the Inferno, "and then we emerged to see the stars", and said "in these days we must keep the idea of Italy alive".
The theatre world in Ravenna, where Italy's greatest poet died in 1321, has responded to appeals for a Dante festival while the surrounding Emilia Romagna region has organized a slate of events to celebrate the poet.
Dante's Divine Comedy is widely considered the most important poem of the Middle Ages and the greatest literary work in the Italian language.