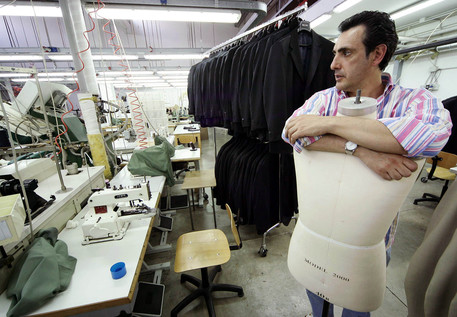 (ANSA) - Turin, March 12 - Some factory workers in northern Italy went on strike Thursday because they are unhappy that their plants have not been shut down for the coronavirus.
A very high proportion of workers in the Piedmont provinces of Asti, Vercelli and Cuneo walked off the job Thursday at Mtm, Ikk, Dierre and Trivium works, the FIOM CGIL union said.
There was also a strike near Brescia in Lombardy.
FION CGIL Piedmont chapter head Francesco De Martino said "there is confusion and panic in the factories, in part because the first cases of contagion are being registered which, in some cases, are not being reported by the firms".
Opposition nationalist League party leader Matteo Salvini attacked the government saying "the workers are in revolt. There is the impression that there are Serie A and Serie B workers".