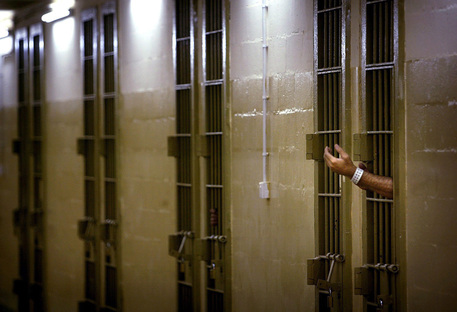 (ANSA) - Rome, March 9 - Riots are ongoing at the prisons in Foggia in Puglia and San Vittore in Milan, while there has been an attempted break-out at the Ucciardone in Palermo, sources said Monday.
In Foggia, several inmates have managed to get out after tearing up a gate at the block house and are in the road outside, where they have been blocked by police.
Many inmates are scaling the perimeter gates too.
Far to the north in Verona prison, two inmates have died after ingesting psychoactive drugs they stole during a protest over the weekend.
In Milan, at San Vittore, inmates took to the roofs to protest recent coronavirus restrictions on visits.
There were violent protests by prisoners in Italy's jails against the restriction of face time with visiting relatives due to the coronavirus.
One of the worst revolts was in Pavia prison south of Milan.
The inmates devastated the facility on Sunday.
They were persuaded to return to their cells after a long and tough negotiation Sunday night.
Three deaths were reported in Modena prison, but they were said not to be linked to the riot there.
Four inmates were reportedly in intensive care on Monday there.
There was tension in Naples and Frosinone too.