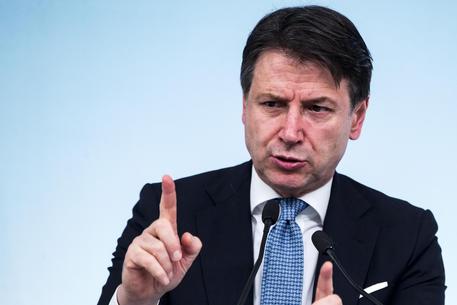 (ANSA) - Rome, March 9 - Italy will recover from the coronavirus if everyone follows the rules, Premier Giuseppe Conte said in a newspaper interview on Monday.
Speaking after Italy had 133 virus deaths in a single day to become the second worst hit country after China, Conte told la Repubblica "it's our darkest hour but we will make it".
The premier said he himself had had the virus test which had come out negative, after Democratic Party (PD) leader Nicola Zingaretti tested positive over the weekend.
"There are two goals," said Conte.
"They are to contain the spread of the virus and boost health structures so they can stand up to this challenge".
He added: "the government is carrying out fundamental support work but the regions must continue to collaborate to pursue a united line of action, shared and effective".
The government has put the whole of Lombardy on lockdown as well as several provinces in Piedmont. Emilia Romagna, Veneto and Marche.
Conte said that on the economic front, "we will have to resort to massive shock therapy".
He said "an efficient plan of reconstruction" extend to all fields will be needed. "We'll take advantage of that to unblock a system that is slow in investing." Conte said the "Genoa model" of reconstruction after the bridge disaster there would become "the Italy model".