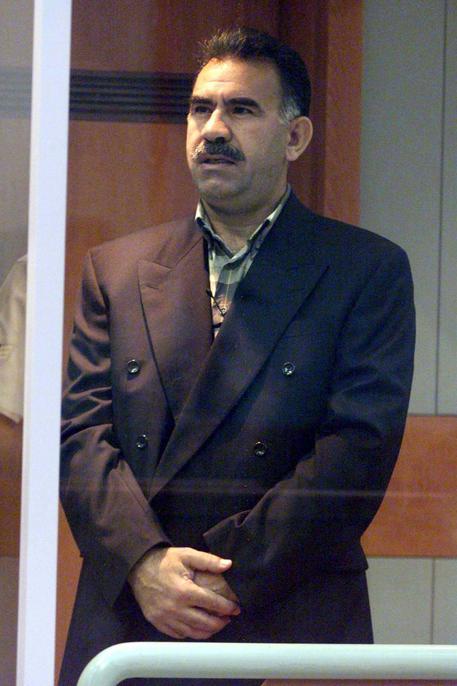 (ANSA) - Istanbul, march 6 - Turkey on Friday condemned a Molise town's granting honorary citizenship to Abdullah Ocalan, leader of the PKK Kurdish militant group who has been in a Turkish prison since 1999.
Ocalan was granted citizenship by Fossalto near Campobasso.
Slamming the move, the Turkish foreign ministry urged Italy to make sure that "similar attempts do not happen in the future".
Turkey had previously condemned citizenship for Ocalan by other Italian towns and cities including Naples and Palermo.
Italian authorities have always stressed that local administrations are autonomous in these decisions.
The mayor of the first Molise town to grant Ocalan citizenship, Nicola Marrone, told ANSA that the move was a sign of peace.
"The Kurds are not terorists and it is serious that the EU isn't saying anything about this," said Marrone, mayor of Castelbottaccio.
Molise MP Antonio Federico of the ruling anti-establishment 5-Star Movement (M5S) said Turkey's interference on the matter had been "unacceptable".
He said "Ankara must not touch Italian democracy".
The leader of Communist Refoundation, Maurizio Acerbo, said that "the Turkish statement is unacceptable, comuni are free in Italy".
He said Turkish President Recep Tayyip Erdogan was "a bomb-slinging Fascist" and called on the Turkish leader to free Ocalan and "other political prisoners".
Öcalan, 71, also known as Apo (short for both Abdullah and "uncle" in Kurdish), is a Kurdish leader, leftist political theoretician, political prisoner and one of the founding members of the militant Kurdistan Workers' Party (PKK).
Öcalan was arrested in 1999 by the Turkish National Intelligence Agency (MIT) with the support of the CIA in Nairobi and taken to Turkey, where he was sentenced to death under Article 125 of the Turkish Penal Code, which concerns the formation of armed organisations.
The sentence was commuted to aggravated life imprisonment when Turkey abolished the death penalty in support of its bid to be admitted to membership in the European Union. From 1999 until 2009, he was the sole prisoner on İmralÕ island, in the Sea of Marmara. Öcalan now argues that the period of armed warfare is past and a political solution to the Kurdish question should be developed. The conflict between Turkey and the PKK has resulted in over 40,000 deaths, including PKK members, the Turkish military, and civilians, both Kurdish and Turkish.
From prison, Öcalan has published several books. Jineology, also known as the science of women, is a form of feminism advocated by Öcalan and subsequently a fundamental tenet of the Kurdistan Communities Union.