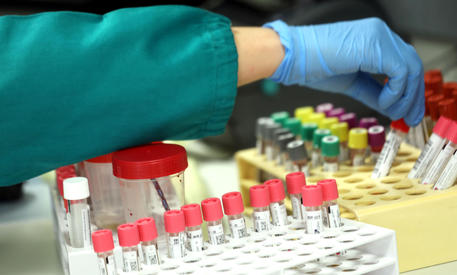 (ANSA) - Milan, February 24 - The coronavirus has claimed its sixth victim in Italy, an 80-year-old man from Castiglione d'Adda who died in Milan's Sacco Hospital.
Last Thursday he was rushed to hospital in Lodi after a heart attack, the same day that a 38-year-old man arrived, the first patient positive for the virus.
The 80-year-old was admitted to the intensive care unit and after he tested positive was moved to the Sacco in Milan where he died.
The Lombardy regional government, meanwhile, denied reports that a person with the coronavirus had died at Brescia's Civili hospital.
That would have made the virus's death toll in Italy seven.
Civil Protection Department Head Angelo Borrelli said 229 people in Italy have been infected with the deadly virus.
Italy is now third in the world for coronavirus cases after China and South Korea.
Borrelli said there were 167 cases in Lombardy, including four people who died in the region. In Veneto 27 cases have been reported, including that of an elderly man from the town of Vo' Euganeo who died, and there are 18 in Emilia-Romagna, plus four in Piedmont and three in Lazio. The Lazio cases are that of a Italian researcher who was brought back from Wuhan and has recovered and two Chinese tourists being treated at Rome's Spallanzani hospital, also out of the woods.
Borrelli said 99 people are being treated in hospital, while another 23 are in intensive care and 91 are in isolation at home. He said there was no reason not to press ahead with plans to visit Italy.
"There is security in our country. You can come with peace of mind," he said. The authorities have taken emergency measures to try to stop the spread of the virus.
Road blocks have been set up to stop people entering or leaving around 10 towns in the province of Lodi that is the epicentre of the virus in Lombardy.
The regions of Lombardy, Veneto, Piedmont, Trentino-Alto Adige and Friuli Venezia Giulia have closed schools, universities, museums, monuments and libraries and banned public events that attract big crowds.
As a result four Serie A games were postponed on Sunday and the famous Venice carnival was cancelled. Part of the problem for the Italian authorities is that they do not yet know where the contagion has come from.
A manager who recently visited China and who was thought to be the 'patient zero' for the Italian outbreak, as he had contact with a 38-year-old who spread the disease to other people, has tested negative for it. European Health Commissioner Stella Kyriakides announced that a team of experts from the European Centre for Disease Prevention and Control and the World Health Organization was being sent to help Italy in its efforts to limit the transmission of COVID19.
"We are following the situation in Italy very closely and commend the Italian authorities for their swift and efficient action," Kyriakides said via Twitter. "@EU_Commission stands ready to provide support. "It is only together that we can contain the spread of the #COVID19".
A train that was halted at the Brenner Pass, at the border between Austria and Italy, late on Sunday because two German women appeared to have had flu symptoms was allowed through and completed its journey to Munich after they tested negative for the coronavirus. Basilicata Governor Vito Bardi has ordered that anyone who enters the southern region from northern regions hit by the outbreak must undergo a 14-day period of quarantine in isolation or at home.