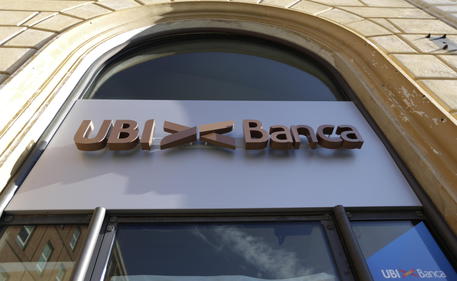 (ANSA) - Milan, February 20 - The bid by Italy's biggest bank Intesa Sanpaolo to take over its fifth-biggest lender UBI Banca is "hostile and unacceptable", the CAR 'pact' representing 17.8% of UBI's capital said Thursday.
CAR added that UBI was a "healthy" bank.
Intesa CEO Carlo Messina said there was a "zero chance" that it would up its offer for UBI.
The bid has been described as not hostile by Intesa, even though it was not agreed. Intesa Sanpaolo's bid is not a done deal, UBI CEO Victor Massiah wrote in a letter to employees Wednesday. "Before it becomes a project, it will have to pass through a complex process in which nothing can be taken for granted, authorized by the regulatory authorities and approved by the (banks') assemblies," the letter read.
"It's very early to draw consequences but it is important to stress that this operation is only a proposal at the moment.
"According to what Intesa Sanpaolo have said, the offer will be deposited with (stock-market regulator) CONBOB by March 7.
"Before the start of the subscription period, scheduled to take place by the end of June, UBI's board will have to express an opinion after proper examination of it". UBI said in a statement that Massiah would examine the terms of the proposed takeover with advisors. "The Board of Directors which met today examined the communication relating to Intesa Sanpaolo's offer and conferred powers on the Chief Executive Officer to appoint, in agreement with the Chairwoman and having heard the Vice Chairman, financial and legal advisors to assist the Group in carrying out the activities designed to assess information so far disclosed, and the tender document once available, with possible alternatives," the statement said. Italy's biggest bank Intesa launched the takeover of the country's fifth-biggest lender Tuesday in a surprise move.
Intesa said it would offer UBI shareholders 17 newly issued Intesa shares for every 10 UBI shares tendered to create a European-sized player focused on wealth management and insurance, managing more than 1.1 trillion euros in customers' financial assets.
It said the exchange offer valued UBI shares at 4.254 euros each.
If the offer is successful Intesa will delist UBI as quickly as possible and merge with it, targeting a combined profit of more than 6 billion euros in 2022.
"The offer came at the end of an important day in which we presented our industrial plan, which was well received and appreciated by the market and the stakeholders," said Massiah in the letter, adding that his management team learned about it from a press release.