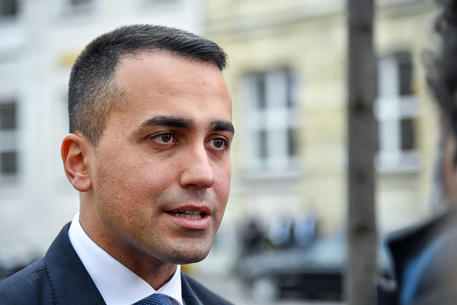 (ANSA) - Rome, February 17 - Foreign Minister Luigi Di Maio said at an EU foreign ministers meeting in Brussels Monday that the Sophia operation had not been revived and that an EU mission to enforce an arms embargo on Libya had been agreed on instead.
"The Sophia mission was not enough to block the entry of arms. And it cannot exist any more. And it does not exist any more," he said.
"This new mission, with a new mandate, advanced here today, will give a major naval contribution that will be deployed on the eastern side of the Libyan coast, where the arms flow is arriving.
"The proposal to halt the mission if it were to exercise a pull factor is also excellent, although that will not happen if we only have the ships in the east.
"Obviously for this we need a new mandate for this mission".
"I'm very happy," he went on.
"All the EU States have agreed to create a mission that blocks the entry of arms into Libya.
"Now the EU is committing with a naval and air mission, and with ground resources too, to block the entry of arms into Libya".
He stressed "the Sophia mission no longer exists, now there is a mission that blocks arms".
Di Maio said the new mission would be halted if it exerts a pull factor on migrants.
He said the decision on the new mission "means that finally Italy has been heard".
With this mission, he said, "we return as EU and as Italy to be protagonists in Libya, but with the posture of those who want peace and not those who want to feed war".