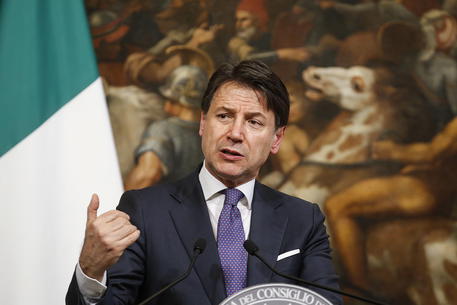 (ANSA) - Rome, January 22 - It is "wrong" to say that Sunday's regional elections in Emilia Romagna and Calabria are a vote on the national government, Premier Giuseppe Conte said Wednesday.
"Saying that the regional elections are a vote on the government is wrong," he told Italian radio.
"I don't think they will cause fibrillation in the government.
"But we'll wait to assess them, we trust that the vote can give more energy to the forces that back the government".
Conte has said he does not think he will have to go back to his former day job as a law lecturer if the ruling majority is beaten by the centre right in regional elections in Emilia Romagna Sunday.
There has been widespread speculation that a centre right win in the leftwing stronghold might spell the end of Conte's populist and centre-left coalition.
Conte said he thought it was "absolutely improbable" that he would be back lecturing in law on Monday.
"I'm not at all sacred of returning to my job as university lecturer," he said.
"Mind you, it's such a great, such a pleasant job that I wouldn't be displeased to go back some time in the future".
Conte's government is backed by the anti-establishment 5-Star Movement (M5S), the centre-left Democratic Party (PD), the centrist Italia Viva (IV) party and the leftwing Free and Equal (LeU) party.
Currently in Emilia Romagna opinion polls, the PD's incumbent governor Stefano Bonaccini is slightly ahead of the centre right candidate, nationalist League party member Lucia Borgonzoni.
The League-led centre right is hoping to win another PD fief after taking Umbria last year.
The leader of the anti-migrant, Euroskeptic League, former interior minister and populist strongman Matteo Salvini, has been campaigning heavily in the region.
Salvini's populist message has been challenged by a new anti-populist grassroots movement, the Sardines, named for their ability to pack out piazzas to bursting point.
Voters also go to the polls Sunday in Calabria, where the centre left and centre right are also very close in the opinion polls.
Salvini has said the government should resign if it loses the regions, and especially Emilia-Romagna.