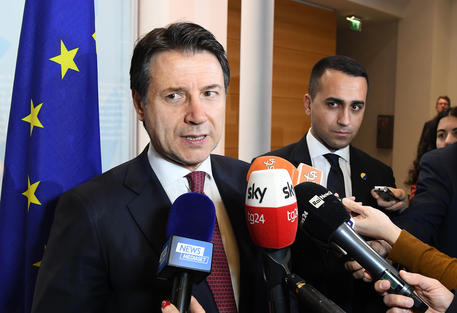 (ANSA) - Rome, January 20 - Italian Premier Giuseppe Conte, speaking in Berlin on Sunday together with Foreign Minister Luigi Di Maio following the four-hour Berlin Conference on Libya, said he was "satisfied because we have made progress".
"Italy is ready to take the lead on a commitment to responsibility, including on peacekeeping," Conte said, adding that "obviously we will have to pass it through the UN Security Council".
German Chancellor Angela Merkel, who coordinated the Berlin Conference, said the preparatory phase showed there is European willingness to speak with one voice.
She said there is agreement on the need for a political solution.
During the Conference, ANSA learned that Libyan Prime Minister Fayez al-Sarraj and his rival, General Khalifa Haftar, named the members of a "5+5" military commission to monitor the ceasefire according to the UNSMIL action plan.