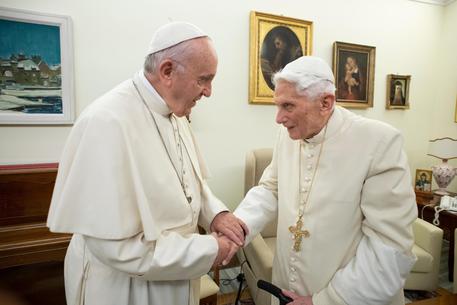 (ANSA) - Rome, January 13 - Former pope Benedict XVI has spoken out to defend priestly celibacy in the Catholic Church.
Pope Francis is considering a proposal to allow married men to be ordained in the Amazon region. In a soon-to-be-released book co-authored with Cardinal Robert Sarah, Benedict says celibacy is of "great significance" as it ensures clergymen can focus on their job, in excerpts published in advance by Le Figaro on Sunday.
"I cannot stay silent," said Benedict and Sarah, quoting Saint Augustine. The 92-year-old German became the first pope to resign in almost 600 years when he stepped down in 2013.