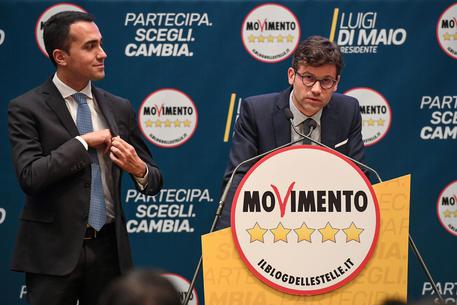 (ANSA) - Rome, January 3 - The turmoil the 5-Star Movement (M5S) has been enduring continued on Friday with the defection of two more lawmakers. Lower House MPs Nunzio Angiola and Gianluca Rospi both announced that they were leaving the M5S and joining the mixed caucus in parliament.
The announcements were only the latest in a long series of blows for the anti-establishment group.
Senator Gianluigi Paragone on Thursday threatened legal action after being ejected from the M5S for having voted against the government's 2020 budget law. Lorenzo Fioramonti resigned as education minister and quit the M5S for the mixed caucus over the Christmas holidays over alleged under-funding of the education sector in the 2020 budget.
Several lawmakers defected to the M5S's former alliance partners - Matteo Salvini's rightwing nationalist League party - last year.
The government of Premier Giuseppe Conte is being hampered by the M5S turmoil.
Turin Mayor Chiara Appendino, of the M5S, is also facing difficulties after her majority was cut by defections.