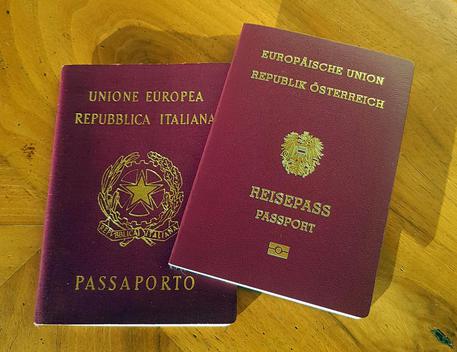 (ANSA) - Bolzano, January 2 - The new Austrian government has dropped from its agenda a plan to give a double Italian and Austrian passport to the citizens of Alto Adige, which is known as South Tyrol by German speakers.
The controversial plan does not appear in the programme of Chancellor Sebastian Kurz's People's Party and the Greens.
The programme only refers generically to "assistance for the victims of Nazism and their descendants in procedures to receive double citizenship".
Kurz's preceding government with the far right FPOE party had envisaged double citizenship for the South Tyrolese, the victims of Nazism and Austrians living in the UK in the event of Brexit.
In September the Austrian parliament revived the plan to give a double passport to Alto Adige's German and Ladin speakers with the approval of an amendment on this issue.
The amendment was backed by the Austrian People's Party and the far-right FPOE, while the Social Democrats and the other parties in parliament voted against.
The plan had been put on ice following objections from Rome.