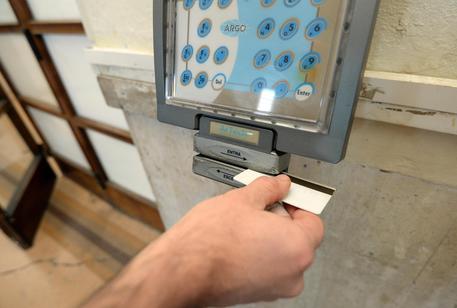 (ANSA) - Sao Paulo, December 27 - Two years after it came into force, labour reform in Brazil has brought a series of changes in the routines of Brazilian companies and the relations between employer and employee, with a direct impact on the management of the work day.
"In effect, one of the most complex changes has been making the work schedule more flexible: the update to the accords on monitoring working hours, on the basis of the new possibilities of the working day, added to the updating of systems, ensures a greater security in the control and verification of work days", Fabio Gonçalves, human resources chief of Luandre, one of the main consultancy firms for staff management in the city of Sao Paulo, told ANSA.
The labour market reform, launched during the administration of President Michel Temer at the end of 2017, via law 13,467, has made sector legislation more flexible. One of the main changes introduced has been the possibility of negotiating with every employee their working day and compensation for overtime, as well as the regulation of home-office work. Currently, firms use manual clocking-in, the electronic monitoring of work schedules - with the possibility of using passwords, badges or biometric controls, as well as the registration of the schedules of computers, tablets or cellphones, with facial recognition and geolocation.
"All these changes introduced by the labour reform and subsequent legislation have enabled the adoption of the electronic register. On the basis of law 13,874, firms which have more than 20 employees can use electronic mechanisms, like cellular phones, to clock in," explained Ivandick Cruzelles, legal consultant and professor of labour rights at Mackenzie University.
Nevertheless, with the change in the law, it is also possible to establish, on the basis of collective bargaining, other forms of controlling working time, such as for example monitoring by exception: in this case, you presume that the employee is carrying out their normal schedule, and only has to clock in for overtime. For the Mackenzie legal expert, there exists in Brazil the need to invest in the control of the working day above all because "the big problem of working-day justice in Brazil, is often not that the employer does not compensate the work done by the employee, but that he does not even register that which he is entitled to", via the monitoring of the work day.
On the basis of the so-called Consolidation of Labour Laws (CLT), firms with more than 10 employees must guarantee the control of the work day, with a manual or electronic system. Furthermore, as is highlighted by the human resources chief of Luandre, the new technologies help to prevent clock-in fraud.
"The assertiveness of the data and the shortening of the time needed to determine the information make the difference in the final process", stressed Goncalves, adding that among the advantages of having an effective control of working time are also clarity in payments and employee satisfaction.
ID Control, which produces control mechanisms such as revolving doors, turnstiles, as well as biometric solutions, is one of the firms that has launched new ideas to improve the management of the working day. Recently, the company created two new products: iDAccess Pro and iDAccess Nano, which are biometric systems for monitoring access, using proximity and passwords.
According to Diego Rodrigues, head of Control ID's access control products, "the advantage of this system is the quantity of digital fingerprints. Today we have a product that guarantees the identification of up to 100,000 fingerprints, with a differentiated processor of 1.2 GHz, or a quad-core. This produces huge speed in identification".
The system, created to monitor and control the entry and exit of people into company premises, like many other novelties, may be discovered next year, from 14-16 April, at the 23rd edition of Exposec, the largest electronic security fair in Latin America, in Sao Paulo. Organized by Cipa Fiera Milano, the event brings together the latest technologies, products and services in the sector.