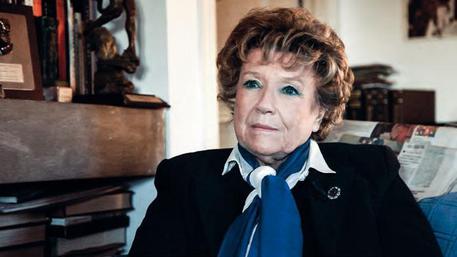 (ANSA) - Rome, December 24 - Jews on Tuesday blasted writer Dacia Maraini for criticising the Old Testament.
Maraini, a bestselling novelist, called the God depicted in the first book of the Bible "vengeful, misogynist, intolerant, and war mongering".
She said Jesus "reformed the strict and vengeful religion of the fathers, introducing for the fist time in monotheistic culture the concept of forgiveness, respect for women, and a refusal of slavery and war".
Rome Chief rabbi Riccardo Di Segni said "any informed Christian today knows how to avoid the banalities and lies of this age-old antagonism, which has a precise name, marcionism, and which had remained in the minds and mouths of lay people who are more or less believers but almost always ignorant." Sergio Della Pergola, president of Israel's Italian Jewish community, said "a writer has on this occasion shown not only ignorance but also trite prejudices which were superseded by exegesis a long time ago".