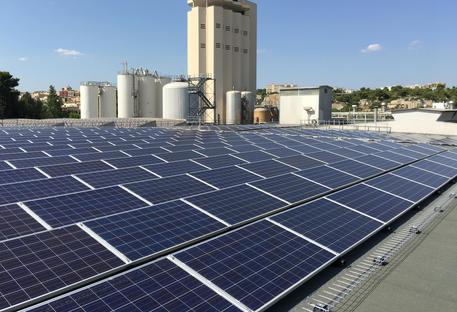 (ANSA) - San Paolo, December 19 - The expansion of solar energy in Brazil has increased the demand for solar panels on the one hand, while, on the other hand, growth is increasing in professionals interested in entering this lucrative sector.
This combination of factors has given a decisive push to the franchising market.
The franchised solar panel distribution network Bluesun Solar do Brasil, with headquarters in Limeira in the state of Sao Paulo, was launched on August 31 and already has 40 units in business.
It plans to reach the threshold of 300 units by the end of 2020.
"Even though it started only a few months ago, behind this project there were nearly two years of study," Bluesun Director Roberto Caurim told ANSA.
The company, which started in 1990, has already installed more than a thousand solar energy systems across the country.
The franchising network has allowed the distributor to rapidly create a permanent presence in all the regions of Brazil.
The majority of the new units, Caurim said, are in the country's southwest.
"And Minas Gerais is our champion," he said.
This franchising project will be a strength that the company will present at the next edition of the Ecoenergy trade show, which will take place from April 14 to 16, 2020, in Sao Paulo, organised by Cipa Fiera Milano.
The principal new developments in the market of renewable energy sources will be on display at the show.
The business model developed by Bluesun doesn't include the payment of initial royalties and provides complete technical support for opening a franchise.
The process can take even less than one week, because many prefer the home-office model.
"To open a physical shop takes much more time, about a month and a half to be ready," Caurim said.
For the Brazilian entrepreneur, the goal is to multiply the number of people who work with Bluesun without having to pay too-high prices to those who join the franchising network.
"Next year will be the best ever," said Caurim, who spoke of doubling the company's revenue.