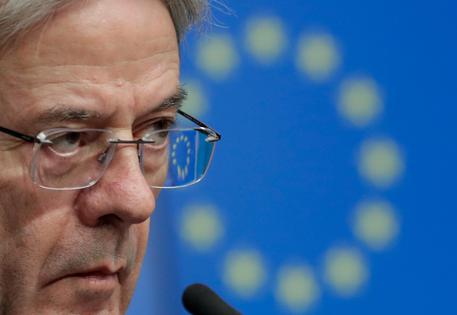 (ANSA) - Rome, December 9 - The European Stability and Growth Pact must be revised, European Economic Affairs Commissioner Paolo Gentiloni said Monday.
In an interview with German daily Sueddeutsche Zeitung, Gentiloni said the pact had been conceived at a moment of crisis and must now be rethought.
"We have to highlight that these rules were born in a particular moment, in the context of a crisis," he said.
"Now, however, we have emerged from this crisis".
The Stability and Growth Pact (SGP) is a set of rules designed to ensure that countries in the European Union pursue sound public finances and coordinate their fiscal policies.
It sets a budget deficit to GDP ratio of 3% and a public debt to GDP ratio of 60% as parameters to which EU members must adhere or tend.
Gentiloni added that the EU also faces the challenges of the climate crisis, low growth and low inflation.
"We have other challenges facing us: the fight against climate change and the danger of having, for a long period, low growth and low inflation," he told the German daily.
"In this context," he said, "the European rules must be gradually adapted and adjusted".
Gentiloni also said the EC did not see a recovery in 2020-2021.
He added that Italy must not show a "resurgence of self-harming" over the reform of the European Stability Mechanism (ESM), which has roiled Italian politics.
The opposition has accused the government of "betraying" Italians over the ESM reform.
The government has denied claims it will jeopardise Italians' savings.
The reform aims to make the ESM more like the IMF, with bailouts conditional on debt restructuring.