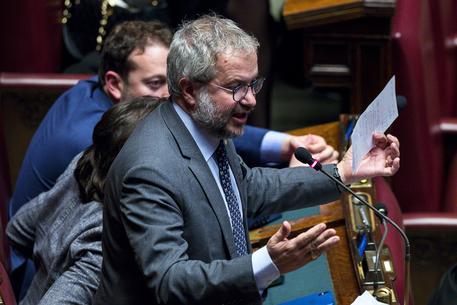 (ANSA) - Rome, December 5 - The rightist nationalist opposition League party of Matteo Salvini wants to leave the euro and is therefore an enemy of Italy, Economy Minister Roberto Gualtieri said Thursday.
"It's well known that (House Budget Committee Chair Claudio) Borghi and the League are for exiting the euro and therefore they confirm themselves as enemies of Italy's interests, and of safeguarding savings," he said.
"If we were to do to do what Borghi says the Italians would lose a lot of money, the value of their wages and their pensions would be drastically reduced, and therefore Italy would be a much poorer country, it is a failed recipe which luckily does not meet with Italians' favour".
Gualtieri was speaking to journalists at the end of an ECOFIN meeting in Brussels.
Borghi, who has recently toned down his formerly strongly euroskeptic views, shot back that Gualtieri was allegedly staging bogus "attacks" on the League in order to "camouflage" the "umpteenth OK for the European Stability Mechanism (reform), against the mandate of parliament".
Borghi said "for the thousandth time I recall the League's official position (against leaving the euro)".
League leader Salvini retorted to Gualtieri that the League did not want to leave the euro and was nos focusing on stopping what it calls a damaging reform of the European Stability Mechanism which will allegedly expose Italian savers to risk.
"No exit from the euro or from Europe, the League only wants to stop a government that is putting at risk the democracy, the sovereignty and the savings of Italians," Salvini tweeted.
"On Saturday and Sunday we will be in more than 1,000 Italian piazzas to inform and collect signatures: #stopESM"