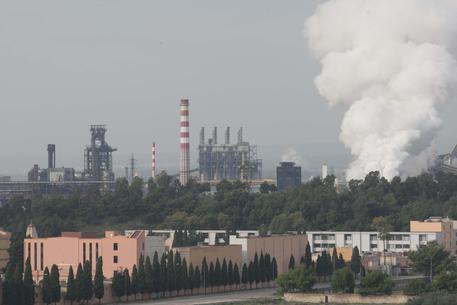 (ANSA) - Milan, November 22 - The lifting of a 'penal shield' protecting managers from legal action over an environmental clean up at the huge ex-ILVA Taranto steelworks is just a "pretext" for ArcelorMittal's pullout, prosecutors say in a filing in the civil suit between the the Franco-Indian giant and ex-ILVA commissioners.
The "real reason" why ArcelorMittal decided to pull out of a deal to take over the Italian steel group was the "business crisis" of the Franco-Indian group and their "consequent desire to disinvest", the filing says, according to a copy seen by ANSA Friday.
Premier Giuseppe Conte is set to meet ArcelorMittal owners and managers at 18:30 Friday to try to persuade the group to keep the former ILVA group, which also has smaller plants in Genoa and Novi Ligure and employs a total of nearly 12,000 workers.
Testimony from an unidentified ArcelorMittal manager published in the suit on Friday said "the foreign managers claimed that for the current rate of the works, that is an output of six million tonnes of steel, the quality of raw materials was too high, and we needed to use material of lower quality to bring the costs down".
The managers also said, "in September they said the money had run out".
If it is persuaded to stay on, ArcelorMittal wants to shed 5,000 jobs in the group.
Conte is determined to reduce or cancel that number of job losses.
The Taranto works, the biggest in Europe with almost 11,000 workers, has had to have a clean-up aftre its emissions were linked to higher than usual rates of some cancers in the Taranto area.
ArcelorMittal has been gradually shutting down production at Taranto over the past week and aims to have all output stopped by December 4.
Conte is said to be considering offering the Franco-Indians government help in keeping up production and saving jobs.