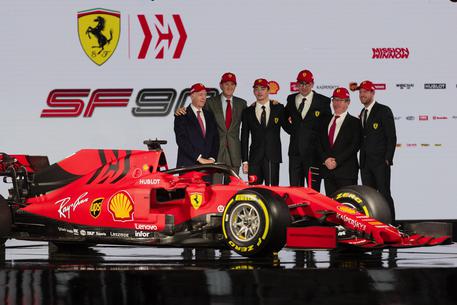 (ANSA) - Turin, November 21 - Ferrari Chairman John Elkann said Thursday he was "very angry" with both drivers, Sebastian Vettel and Charles Leclerc, involved in a debacle at the Brazilian Grand Prix Sunday.
Vettel closed out an overtaking Leclerc on a corner five laps from the end when they were challenging for third spot, and both punctured tyres and crashed out.
"I'm very angry about Sunday's grand prix," said Elkann, who is also president of Ferrari's parent company FCA.
"What happened made us understand how important Ferrari is.
"The drivers, however good they are, mustn't forget they are Ferrari drivers.
"Team work counts, the only thing that counts is that Ferrari wins".
"It has been an extraordinary season for the poles, but they have not been converted into victories".
Leclerc and, even more, Vettel, have struggled this year to challenge the dominance of Mercedes whose lead driver Lewish Hamilton won his sixth world title and whose second driver Valtteri Bottas secured second place.
They will now try to leapfrog third-placed Max Verstappen in the final race of the season, in the UAE.
Leclerc, who has made quite an impact this season despite overall disappointing results, is in fourth place in the drivers standings, 11 points behind Verstappen.
Vettel is 30 points behind the Dutchman in fifth place.