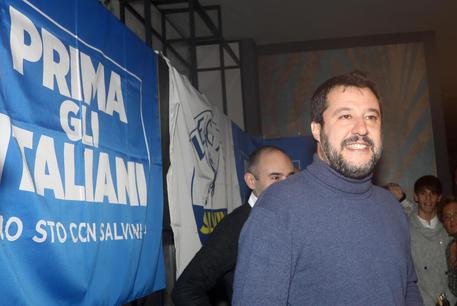 (ANSA) - Rome, November 19 - League leader Matteo Salvini is under investigation on the Sicilian city of Agrigento over a standoff when he was interior minister regarding the Open Arms migrant-rescue ship.
Salvini is being probed for abduction and dereliction of duty in relation to the 164 migrants who were rescued by the NGO-run ship at the start of August.
The ship spend almost three weeks at sea until it was finally allowed to dock at the island of Lampedusa after a deal was reached on sharing out the migrants among EU nations. Salvini spearheaded a tough stance of closing Italy's ports to NGO-run migrant rescue ships when he was in government.
But that policy was dropped after he pulled the plug on Premier Giuseppe Conte's first government and it was replaced by a new executive supported by a new alliance.
Probes against Salvini for other similar cases led to nothing.
"I wonder whether the Agrigento prosecutors don't have anything more serious to deal with," Salvini said.
"I did what the Italian people asked me to do.
"I defended the borders. I'm starting to get fed up".