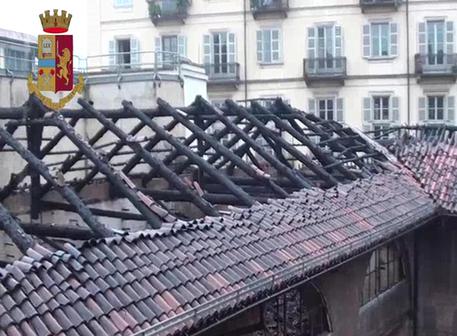 (ANSA) - Turin, November 8 - A 38-year-old homeless man born in Spain to a Moroccan family lit the fire that destroyed the UNESCO-listed former royal riding stables in Turin, the Cavallerizza Reale, on October 21, police said Friday.
The man has been arrested by Genoese police, on a warrant from Turin prosecutors.
He has been charged with attempting to cause a massacre.
The stables had been occupied by squatters for four years in the northwestern Italian city.
The squatters said they had been woken up and saved by police and fire fighters.
The alleged fire starter caused the blaze after a series of rows with other squatters, after police disconnected an illegal power line that was feeding the building.
The stables are part of the Residences of the Royal House of Savoy, which gained world heritage status from UNESCO in 1997.
This status was granted because of its special architectural features.
The blaze broke out shortly before 8am on the roof of the complex.
Four fire brigade squads rushed to the scene but were unable to prevent the building's destruction..