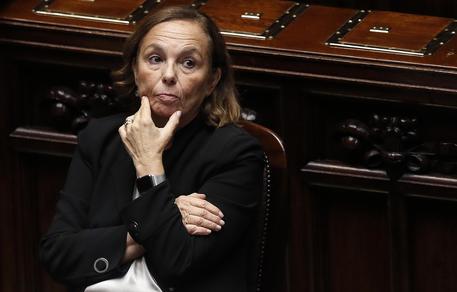 (ANSA) - Rome, November 6 - Among the changes Italy will demand to a 2017 deal with Libya on migrants is the gradual closure of migrant centres criticised for human rights violations and their replacement by centres run by UN agencies, Interior Minister Luciana Lamorgese told the House Wednesday in a briefing on the Memorandum of Understanding on combatting illegal immigration.
The deal i set to be renewed for another three years.
Italy will seek, she said, "the improvement of the detention centres with the goal of their gradual closure to achieve centres run by the UN agencies," she said.
The 2017 deal, which drastically cut migrant flows from Libya, has been criticised for pushing back migrants to Libya.
Italy has denied claims it negotiated with militias and human traffickers.
Lamorgese said that when the deal was signed, migrants flows were "concerning" but "today they have fallen".
However, she said, a "drop in our attention on migratory dynamics and humanitarian risks is unjustifiable.
Sge stressed that there had been a "sharp reduction in victims at sea".
"The memorandum contributed to these results, but it is also important to avoid the isolation of the Libyan authorities." She said the UN-backed government in Tripoli had voiced willingness to modify the deal.
Centre-left Democratic Party (PD) former chairman Matteo Orfini called Lamorgese's testimony "embarrassing and hypocritical".
"'The concentration camps are migrant centres. The memorandum a framework to be defended. The Libyans trustworthy partners'.
Do we really want to continue to pretend we don't know?"