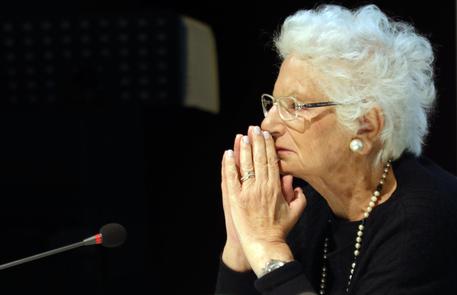 (ANSA) - Rome, October 30 - The Senate on Wednesday approved setting up an extraordinary commission against hate, racism and anti-semitism, proposed by Holocaust survivor and life Senator Liliana Segre.
The motion was approved by 151 votes to none with 98 abstentions.
Segre said Monday of the social media haters who post an average 200 racist messages a day against her that they are "people to be pitied or treated".
Segre, 89, said "I'm a polite person, I don't know any language other than that".
Segre was speaking ahead of a seminar at Milan's IULM University.
Earlier Monday it was revealed that the Milan prosecutor's office opened a probe in 2018 into harassment and threats from insults on social media directed at Segre. The investigation, which is still open, is against unknown suspects.
Segre told Italian daily La Repubblica in an interview published Monday that she receives 200 racially motivated hate messages a day.
Segre was named Senator for life by president Sergio Mattarella on 19 January 2018.
Born into a Milanese Jewish family in 1930, Segre was expelled from her school at the age of eight after the promulgation of Italian Racial Laws in 1938. In 1943, at 13, she was arrested with many members of her family and deported to Auschwitz. After 1990 she started to speak to the public, especially young people, about her experiences.