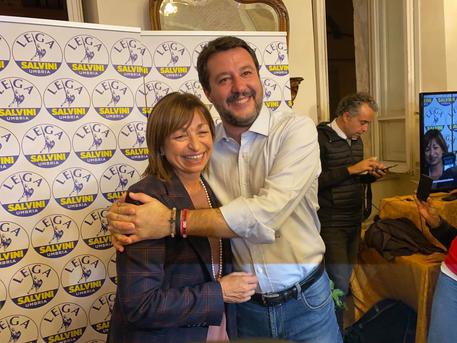 (ANSA) - Perugia, October 28 - Centre-right candidate Donatella Tesei won Sunday's regional election in Umbria with a landslide, claiming 57.55% of the vote, according to official figures released on Monday.
Tesei won over 20 points more of the vote than Vincenzo Bianconi, the candidate backed by the 5-Star Movement (M5S) and the centre-left Democratic Party (PD), who got only 37.48%.
The anti-establishment M5S and the PD, who were fierce rivals until recently, teamed up in a bid to end a long series of victories in regional elections by the League-led centre right.
They had formed a pact at the national level for a new government in August after League leader Matteo Salvini pulled the plug on the first government led by Premier Giuseppe Conte, which was based on an alliance between the M5S and the League.
But the PD-M5S 'experiment' was given the thumbs down by Umbrian voters.
Salvini's League was again the driving force of the centre-right's triumph, winning 36.9%, compared to 14% in the last round of elections in the central region.
The rightwing Brothers of Italy (FdI) party made double figures with 10.4%, up from 6.2% last time and almost twice the level of Silvio Berlusconi's Forza Italia (FI) on 5.5%.
The PD got 22.3%, down from 35.8% last time, while the M5S slumped from 14.6% to 7.41%.