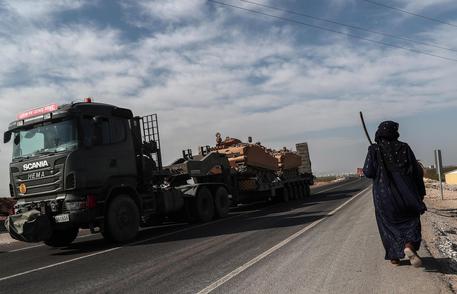 (ANSA) - Luxembourg, October 14 - Italy is to block arms exports to Turkey because of its Syrian intervention, Foreign Minister Luigi Di Maio said Monday.
He said he would sign a decree to that effect in the coming hours.
Di Maio said the decree would halt "the export of arms to Turkey regarding the future of upcoming contracts and the upcoming commitments".
Speaking after an EU foreign ministers meeting, Di Maio said "it was a very important foreign council in which Italy's request to all European States was to block arms exports to Turkey in future.
"Because we cannot accept what it is doing.
"Europe is speaking with a single voice today and all the States condemn what Turkey is doing in Syrian territory and above all everyone vowed to block arms exports".
Turkey's push into northern Syria, into areas held by Syrian Kurds who helped defeat ISIS, has been widely condemned.
Up to 300,000 people risk being displaced and ISIS fighters put back into circulation, the UN has warned.