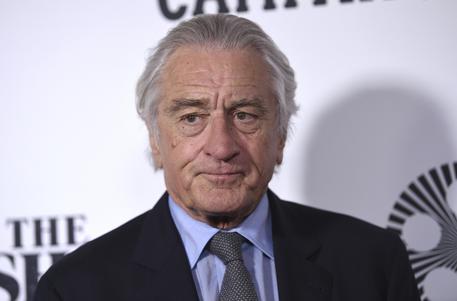 (ANSA) - Rome, October 4 - The artistic director of the 14th Rome Film Festival, Antonio Monda, announced the complete festival lineup during a press conference Friday at the Auditorium Parco della Musica, together with the president of the Rome Cinema Foundation, Laura Delli Colli.
One of the most highly anticipated films is Martin Scorsese's The Irishman, which Monda called "the best movie of the year".
"It's a sort of epic saga of criminality with a lot of American history in the background, such as the Kennedy assassination and the Watergate scandal," he said.
The film festival continues to effectively showcase the best of world cinema each year, due in no small part to its format that allows for screenings that aren't necessarily world premieres.
This year's festival features 19 women directors as well as a focus on music, from Negramaro to Pavarotti, and literature with themes tied to emigration and the environment.
Della Colli said the festival has a two-sided appeal.
"On the one hand it's an iconic, glamourous festival, as shown in this year's poster featuring Greta Garbo; while on the other, there's an adolescent spirit, that of a 14-year old, just like the age of the festival this year," she said.
Monda is directing the festival for the fifth time and said the event has seen a 6% increase in attendance.
He said that in the past three years, two Oscar-winning films, Green Book and Moonlight, came from the Rome festival.
This year's festival will take place across a full 18 locations, compared to seven last year, with 25 participating countries and 37 world premieres.
Other notable films in competition at this year's festival include Michael Engler's Downton Abbey, a spin-off of the popular TV series; the Werner Herzog documentary Nomad: In The Footsteps of Bruce Chatwin; director Ron Howard's Pavarotti; and the biopic Judy starring Renee Zellweger in the role of Judy Garland.
There are three Italian films in the official selection: Guido Lombardi's Il Ladro dei Giorni starring Riccardo Scamarcio; Santa Subito directed by Alessandro Piva; and Tornare, directed by Cristina Comencini, the festival's closing film.