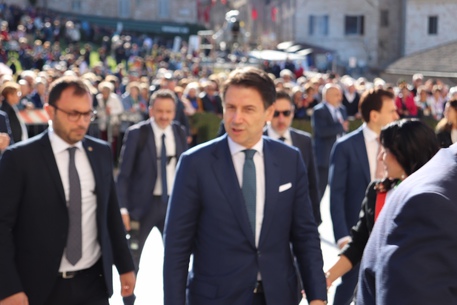 (ANSA) - Rome, October 4 - Premier Giuseppe Conte will address parliamentary intelligence oversight body COPASIR about talks United States Attorney General William Barr reportedly had with top Italian intelligence officials in Rome last week, government sources have said. The DailyBeast reportedly that Barr came to Rome as part of an effort to look into the events that led to Robert Mueller's Russia investigation.
It said Barr was especially interested in what Italian intelligence officials knew about Joseph Mifsud, a Maltese academic who allegedly promised former Donald Trump advisor George Papadopoulos compromising Russian material on Hillary Clinton.
Mifsud disappeared from Rome's Link University, where he was working in 2016.
Premier's office sources said Conte is not worried about the Italian intelligence service being involved in the case, asserting that officials had not done anything wrong. Italian intelligence sources, meanwhile, denied reports that Mifsud asked for protection from the Italian authorities or that he gave a recorded deposition to explain just why he considered himself to be in danger. The DailyBeast reported that the recording was reportedly played to Barr during the Rome meeting.