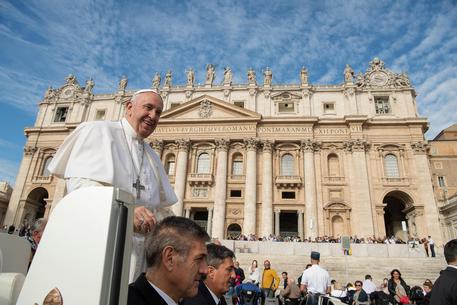 (ANSA) - Vatican City, September 26 - Pope Francis told a group of Jesuits that he felt "besieged" during his recent trip to Africa, according to Father Antonio Spadaro, the editor of the Civiltà Cattolica magazine. "It is important that people pray for the pope and for his intentions," Spadaro quoted the Argentine pontiff as saying, using the third person to refer to himself.
"The pope is tempted, he is greatly besieged.
"Only the prayer of his people can free him.
"When (Saint) Peter was imprisoned, the Church prayed incessantly for him.
"If the Church prays for the pope, this is a grace.
"I feel the constant need to ask for the alms of prayer".