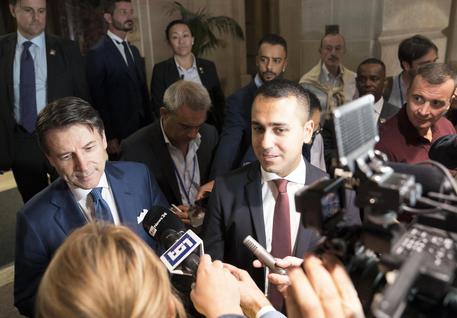 (ANSA) - Rome, September 24 - Foreign Minister Luigi Di Maio on Tuesday said the new government will do more on immigration than the previous cabinet in which he served as deputy premier, labor and industry minister.
Responding to a reporter's question on criticism from former government ally, ex-interior minister and deputy premier Matteo Salvini, the leader of the anti-immigration and Euroskeptic League Party, Di Maio said "I understand Salvini's and the League's nervousness but he decided to isolate himself, to throw everything down".
Speaking from New York, the 5-Star Movement (M5S) leader said he was sorry "everything ended like this" but "he isolated himself", referring to Salvini.
"We will do more than him on reallocations and repatriations, perhaps it didn't take much".