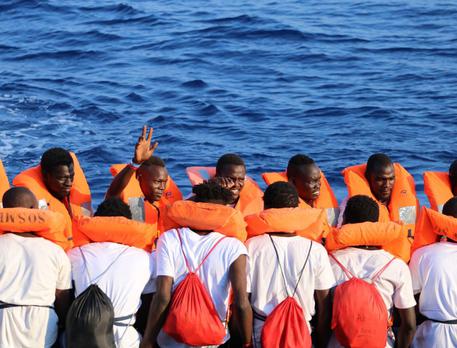 (ANSA) - Rome, September 11 - A nine-month pregnant woman was evacuated from the Ocean Viking migrant rescue ship by helicopter to Malta, the NGO said Wednesday.
The woman was evacuated along with her husband "after she developed severe medical complications," the NGOs running the ship said.
The woman was rescued on September 8.
The NGOs said it was a precautionary move given the complications that might arise with a birth on board.
The ship has veered north to approach a position where the woman can be taken by helicopter to a hospital on Malta. The Ocean Viking is run by Doctors Without Borders (MSF) and SOS Mediterranée.
The NGOs are seeking a safe port in Malta or Italy to offload their 84 migrants.
"We have newly requested a place of safety for a rapid disembarkation of the 82 remaining migrants," said the NGOs.