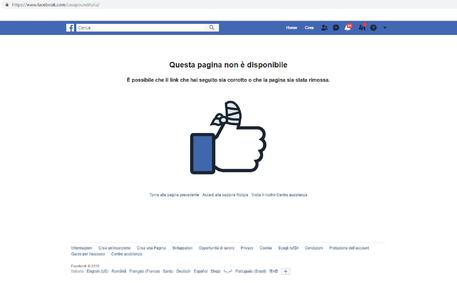 (ANSA) - Rome, September 11 - Far-right groups Forza Nuova (FN) and CasaPound said Wednesday they will file lawsuits against Facebook and Instagram for taking down their accounts for allegedly spreading hatred earlier this week.
FN will file a lawsuit for defamation and for limiting its freedom of expression, its leader Roberto Fiore said after the accountsw ere blocked on Monday.
Forza Nuova's legal office said it is collecting all the requests for compensation presented by thousands of people whose accounts were blocked to file a class action law suit.
"The criminal trial will have the role of raising the political issue at the highest judicial level", said Fiore.
CasaPound National President Gianluca Iannone said "we are ready for a class action" lawsuit against Facebook and Instagram.
He said CasaPound supporters were feeling "bereft".
The official profiles of the two movements are no longer accessible, as well as those of many national, local and provincial chiefs including candidates elected in many Italian cities. CasaPound is a far-right movement based in Rome which has neo-Fascist sympathies; FN has also frequently gained headlines for apology of Fascism.
A Facebook spokesman earlier this week told ANSA that persons or organizations that "spread hatred or attack others on the basis of who they are will not have a place on Facebook and Instagram".