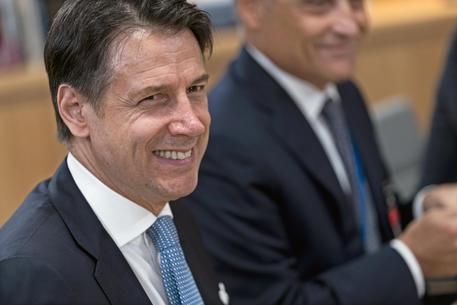 (ANSA) - Brussels, September 11 - Premier Giuseppe Conte said Wednesday that EU member States which refuse to share the burden of the arrival of migrants should face financial penalties.
"Those who do not participate in the redistribution of migrants at the European level will feel the impact in a significant way in financial terms," Conte said after meeting European Council President Donald Tusk. Conte also said that the repatriation of migrants whose claims for asylum have been refused should be handled at the EU level.
"We have to do much more on repatriations with the help of the EU," he said. "We cannot say that we are satisfied with the repatriation system in Italy.
"It should be managed at the European level... it can be assigned to States like Italy". In response to a question from ANSA, French Government Spokesperson Sibeth Ndiaye said that Paris agreed with Conte about "the need to have a European asylum policy".
Ndiaye said this should feature strengthening EU border agency Frontex and reforming the Dublin Regulation, which Italy says is unfair as it places too much of the burden of dealing with migrants on the countries where they first arrive.
The regulation says migrants must register in the country they arrive in.