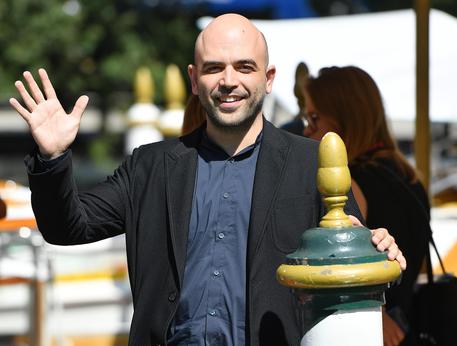 (ANSA) - Venice, September 5 - Anti-mafia writer Roberto Saviano on Thursday presented at the Venice film fest a new TV series taken from his 2013 book on narco trafficking, Zero Zero Zero, and said cocaine should be legalised in order to beat the gangs who grow fat on it.
"Cocaine is the only material comparable to oil, the ease with which it is sold has no equals," said Saviano, famous for mafia exposè Gomorrah, and living under 24-hour protection from the Neapolitan Camorra mafia.
Addressing a journalist, he said "If if gave you a baggie of cocaine now you would sell it even before leaving the Palazzo del Cinema, unlike for example a bag of diamonds.
"And why does cocaine reign? Because life is shit, it always make you feel too ugly, too poor, too fat, it makes you work more and more and in fact it is taken by construction workers, taxi drivers, surgeons; cocaine activates you with the world while heroine, by contrast, deactivates you. That's why it moves the economy".
Zero Zero Zero, directed by Gomorra, Suburra and Romanzo Criminale director Stefano Sollima, is produced by Cattleya and Bartlebyfilm for Sky Studios, CANAL+ and Amazon Prime Video.