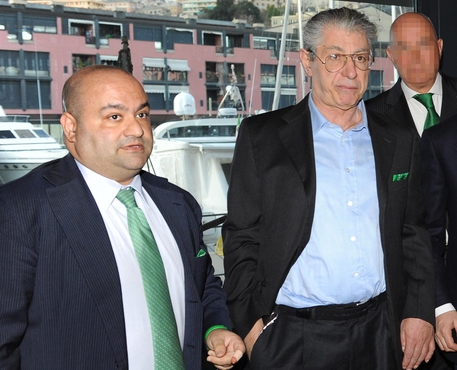 (ANSA) - Rome, August 7 - The supreme Court of Cassation on Tuesday upheld a decision that the League must repay 49 million euros it owes the State in a party-funding fraud case.
But the court also ruled that the fraud cases against former party leader Umberto Bossi and ex-treasurer Francesco Belsito over fraudulent electoral expenses claims between 2008 and 2010 had timed out.
A lower court had handed Bossi a term of one year, 10 months and Belsito a sentence of three years, nine month term in relation to the case.
However, a charge against Belsito for misappropriation has not timed out and his term will be recalculated by an appeals court.
The wrongdoing took place when the party was known as the Northern League and dates back to before Deputy Premier and Interior Minister Matteo Salvini became its leader. Salvini said the supreme court's ruling "doesn't change anything". Last year lawyers representing the League agreed on an arrangement with prosecutors for the seizure of party funds.
Under the arrangement, 100,000 euros will be confiscated every two months for a total of 600,000 euros a year.