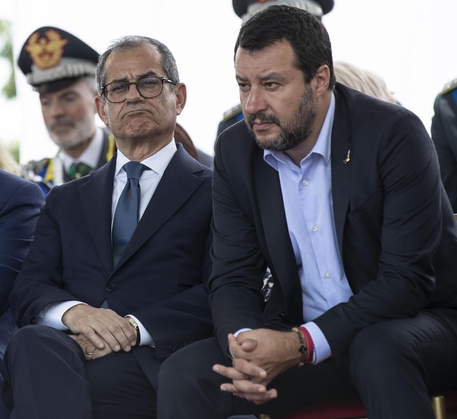 (ANSA) - Milano Marittima, August 1 - Deputy Premier and Interior Minister Matteo Salvini said Thursday that his League party will not back the 2020 budget law unless it features big tax cuts. "If the next budget does not have big tax cuts we'll keep going with (growth of) close to zero," he told a press conference at the Milano Marittima resort on the Adriatic.
"And that could never have the support of the League". Salvini wants the government to bring in a two-tier 'flat tax' on incomes to give the sluggish Italian economy a "positive fiscal shock".
But Economy Minister Giovanni Tria is reportedly skeptical as he is concerned about the impact it would have on the deficit and cause tension with the European Commission about Italy's public finances to flare up again.
On Wednesday statistics agency ISTAT reported that Italy's GDP was flat in the second quarter with respect to the first.