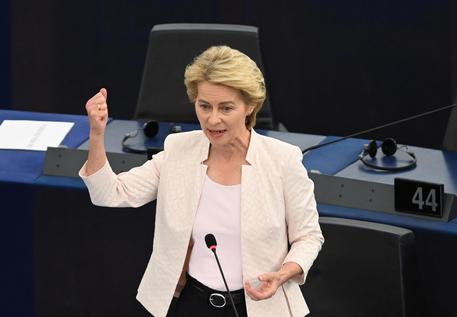 (ANSA) - Strasbourg, July 16 - European Commission president-designate Ursula von der Leyen said Tuesday that it was EU member States' duty to save the lives of people in difficulty at sea, while stressing that she wants to fight hard against human trafficking. "The Mediterranean has become the world's most lethal frontier," the German told the European Parliament debate on her ratification, getting a round of applause.
"There is an obligation to save lives at sea.
"We have to save lives, but we also have to reduce illegal immigration and fight against human traffickers". Deputy Premier and Interior Minister Matteo Salvini has adopted a controversial policy of closing Italy's ports to NGO-run search-and-rescue ships, saying they encourage illegal immigration.