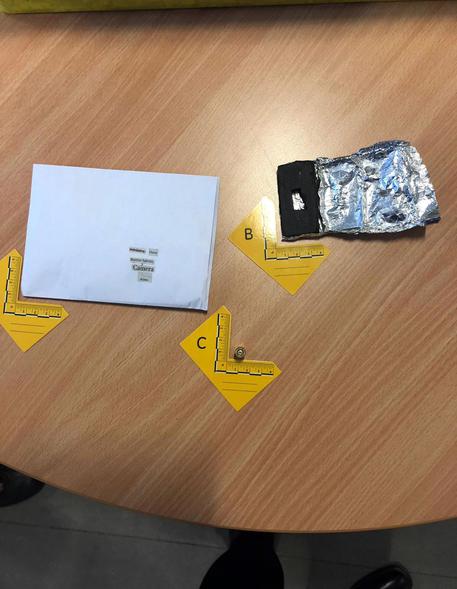 (ANSA) - Rome, July 11 - An anonymous letter containing a bullet was sent to far-right League leader and Interior Minister Matteo Salvini Wednesday addressing him as 'Duce', the label meaning 'leader' once used by Fascist dictator Benito Mussolini.
The envelope was intercepted Wednesday afternoon at a post office sorting office at Sesto Fiorentino near Florence, sources said Thursday.
It contained a 22 calibre bullet wrapped in tin foil.
The letter was addressed, using cut-out newspaper letters, to "Minister Duce, Matteo Salvini, Lower House, Rome".
Police are investigating.
Salvini said "more than 100 threats of violence and death against me since I became minister (a year ago).
"Evidently the words of hate of certain leftwing circles convince sick minds, but they certainly don't scare me.
"On the contrary, they give me yet more strength and desire to fight criminals of all kinds".