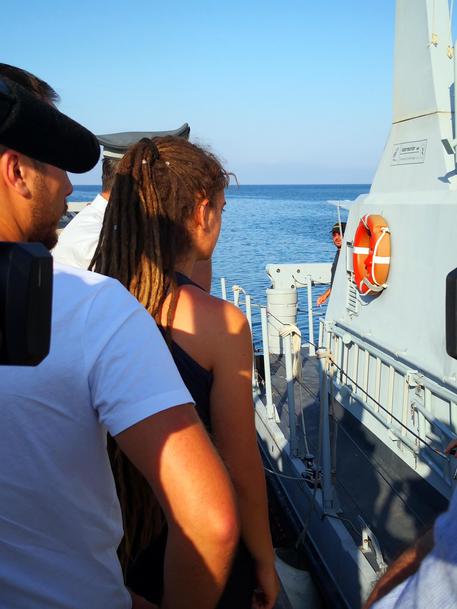 (ANSA) - Berlin, July 1 - The father of the captain of the German NGO run Sea-Watch3 migrant rescue ship said Monday he hoped the German government would intervene on behalf of his daughter who is being held in Italy for abetting illegal immigration and allegedly ramming a tax police cutter.
But Germany said it can't intervene.
Carola Rackete, 30, forced a ban Saturday to land her 40 migrants on the island of Lampedusa saying she was afraid some might commit suicide after being at sea for 17 days following a rescue off Libya.
Rackete now faces a prison term of between three and 10 years for ignoring Interior Minister Matteo Salvini's closed-ports policy and hitting the Guardia di Finanza ship, which she said she could not avoid and had not struck deliberately.
Carola's father Ekkehart Rackete told the DPA news agency that he thought "the international pressure on the Italian government will make the difference" and get his daughter released.
He said Italy was governed by "the rule of law" and he was not worried about Carola, with whom he had spoken by phone on Sunday.
"She is good fund as always and she seemed tranquil to me," he said.
The captain has become a hero to those opposed to Salvini's policy and a villain to those who support it.
The Sea-Watch3 is run by the German migrant rescue NGO Sea-Watch and flies a Dutch flag.
Rackete left Lampedusa Sunday for Agrigento where she will be questioned Monday ahead of the ratification of her house-arrest warrant.
Germany said Monday it cannot intervene in the case.
"We cannot intervene on Italian justice," government spokeswoman Martina Fiez said.
But she reiterated that Berlin is "against the criminalisation of sea rescuers".
Fiez said "the charges must be verified, and we are following the situation very attentively." She said that "the German government is currently working for a European solution".
Italian foreign ministry sources have said that more than four EU countries are willing to take some of the 40 Sea-Watch migrants, including France, Germany, Luxembourg and Portugal.