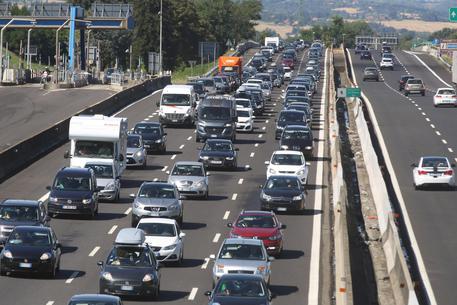 (ANSA) - Lecco, July 1 - The revocation of the motorway concessions of Autostrade per l'Italia (ASPI), deemed at fault in the Genoa bridge collapse that killed 43 last August, will be "total", Transport Minister Danilo Toninelli said Monday.
The revocation is strongly backed by Toninelli's 5-Star Movement (M5S) while the M5S's government partner, the League party, is against stripping Autostrade and its parent company, the Benetton controlled Atlantia holding company, of the concessions.
Toninelli said Monday that "the League should not act as lawyer for ASPI".
ASPI, for its parts, said that if its concession were revoked there would be compensation to pay, by law.
ASPI also said that a transport ministry appointed commission's report into the case had been diffused to the media "in a piloted and partial" way, before it was communicated to ASPI, allegedly flouting procedural requirements.
ASPI also said that a new video on the collapse of the Morandi Bridge did not clarify its causes.