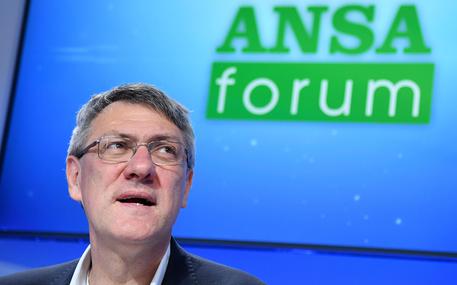 (ANSA) - Rome, June 20 - Maurizio Landini, the secretary general of the CGIL, Italy's biggest trade union confederation, told an ANSA Forum on Thursday that the nation's economic plight is getting worse rather than better. "We are not emerging from the economic crisis. The situation is deteriorating," said Landini. The union chief said that Italy has lost 30% to 35% of its productive capacity over the last 10 years.
"The government is not doing a good job," he said when asked about talks between the industry ministry and several companies in crisis.
"They get there after, when the processes (for layoffs or plant closures) have started". Landini added that he was not hoping for a government crisis.
But he also joined the chorus of criticism of the idea for the State to issue so-called 'minibots' to pay the debts the public sector has with private suppliers.
The CGIL chief said that he could not rule out calling a general strike in the autumn in protest at the government's policies.